30+ Simple Tumblr Themes For Your Tumblr Space in 2017 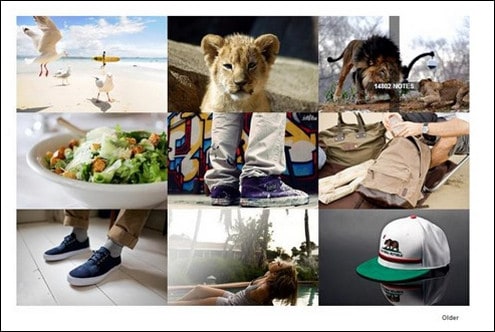 Tumblr is a microblogging platform that allows users to post text messages, images, videos, links, quotes and audio to their Tumblelog, a short-form blog.

Users can follow other users and be followed, or choose to make their Tumblelog private. The service emphasizes ease of use. However, Tumblr provides a platform to small bloggers with fully customizable themes.

Tumblr is a useful platform for people who cannot decide between blogging and twittering. It is, in fact, a marvelous fusion of both. You can share your thoughts, ideas and pictures on your own Tumblr blog.  Tumblr is also quite easy to maintain though compared to a full-fledged blog.

This post will highlight some of the powerful and simple ‘Tumblr themes that you can use to give a personal touch to your Tumblr space. Besides using Tumblr to publish online you may also consider building a site or blog with WordPress. If you choose WordPress make sure you have a strong theme. WordPress gallery themes are perfect for photographers and designers showcasing their creations in an online portfolio. Enjoy this article.

Disclosure: Please note that some of the links below are affiliate links and I will earn a commission if you purchase through those links (at no extra cost to you). I recommend that you do your own independent research before purchasing any product or service. This article is not a guideline, a recommendation or endorsement of specific products. 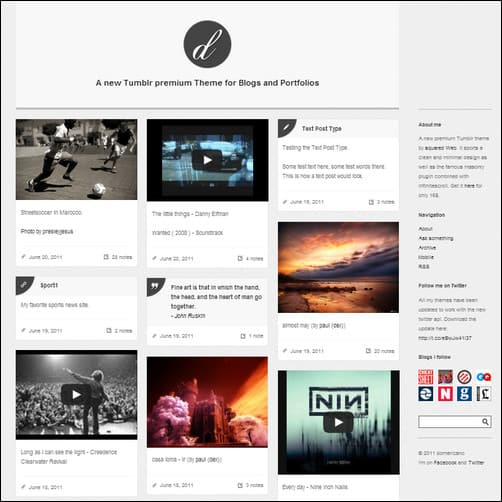 Domericano – one of the amazing Vintage Tumblr Themes- is a clean, minimal and beautiful using the Masonry effect as well as optional Endless scrolling. It is suited for all kinds of blogs and portfolios, easy to install, has a ton of options and is heavily jquery enhanced.

Photographica is a portfolio Tumblr theme aimed for photographers and other creative professionals. It’s versatile and easy to customize. 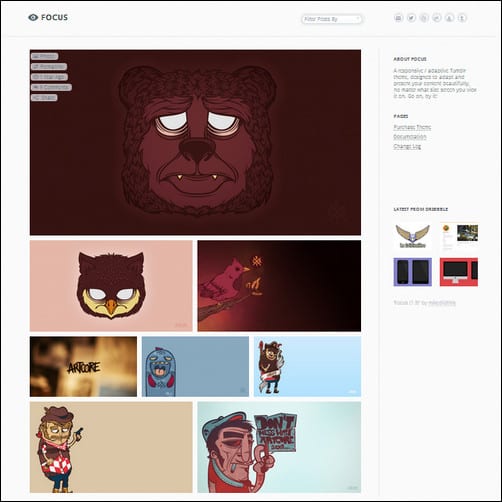 Focus is a minimalistic and adaptive Tumblr theme. It will let you present your content perfectly on any device, without clutter. It is easy to change colors and background images. The theme support Disqus, Flickr, Twitter, Dribbble and Google Analytics. 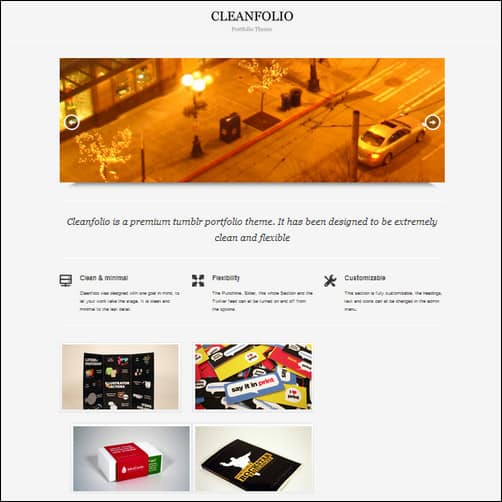 Cleanfolio cute Tumblr themes was designed to be as clean as possible in order to let your work take the stage. It is suitable for all kind of creative portfolios as well as for small businesses. It has a lot of Theme options in order to be as flexible as possible. For example, you can turn on/off the following sections/parts from the admin menu. 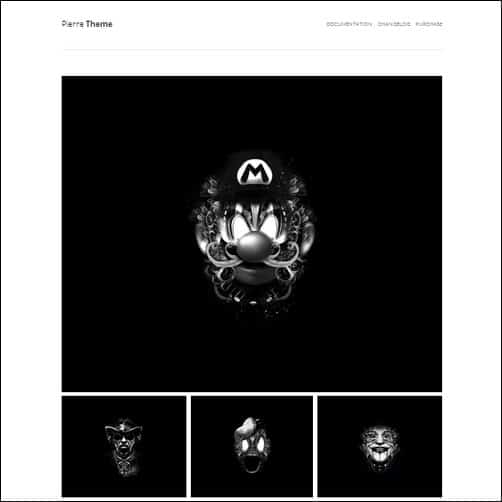 This is a simple and clean Tumblr theme. It is easy to customize and it supports Disqus, Flickr, Twitter, Dribbble, Instagram, Google Adsense and Google Analytics. Pierre Theme is responsive and it looks great on mobile devices (Android, iPhone, iPad, Desktop, etc). 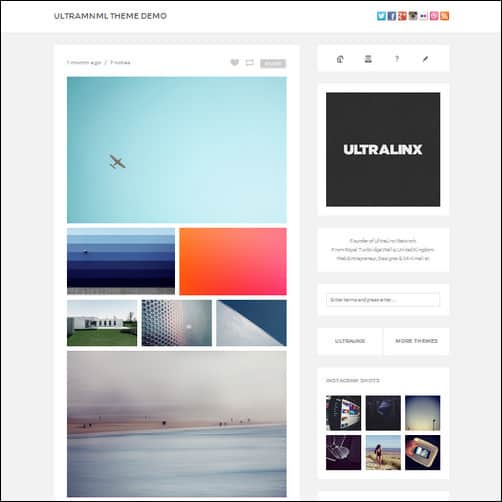 UltraMnml is a very clean, minimalistic and responsive Tumblr theme made for the power blogger. It supports all post types and is made for any type of Tumblr blogger, whether you’re a writer or a photo blogger, this theme will make your content look awesome. It is also responsive so it’ll look great on both your phone or tablet. 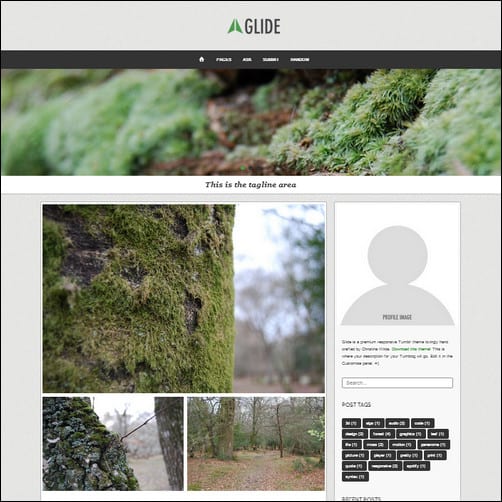 The Glide Responsive Tumble theme resizes when your browser is resized. No matter what device you view the blog on it will still look as good as the full site. No need to zoom in and try to press tiny buttons.

This Tumblr template is responsive and it comes with Infinite Scroll feature. It is packed with features and customization options.

Mason is an adaptive and cute Tumblr theme aimed at presenting your content, to any device, in a masonry based view. It has ajax based page loading, as well as URL tracking. Users can quickly view your posts, view them in the detail, and go back to where they were. Highly customisable, with support for Disqus, Twitter and Google Analytics.

Fredrik is an adaptive Tumblr theme which includes a grid based and blog based index page, as well as other features.

Stevie is a clean & responsive template for a tumblr blog. It comes with a beautiful image slider & lots of social features built in including post sharing and disqus commenting integration.

Simon is a simple, adaptive, Tumblr theme which is easy to install, customise, and get running!

It sports a true category navigation and custom widgets to give your Tumblog a real Magazine feel, like Related Articles, Latest Posts, Tagcloud, Comments, Social Network Sharing, a widget area for as many widgets as you like (for example ads, polls and so on) and much more. This is one of the better simple tumbler themes.

As it’s name suggests simplify is really simple but it is attractive as well. You can get it for free.

Flight is a clean & responsive template for a tumblr blog. It comes with lots of social features built in including post sharing and disqus commenting integration. Flight supports all post types and has a built in twitter feed.

The Catalog is a simple yet very complete Tumblr Theme focused on getting all your photos, text, videos, audio in a catalog-like format. All posts are showed as thumbnails and you can see more by clicking them. It’s a responsive theme that works well in different screen sizes. It has a slider that fetches posted photos based on a special tag.

Oh my grid has a simple and clean layout for those who loves minimalist designs.

Black diamonds is a free and cleanly organized Tumblr theme.

Atonement is a beautiful and free Tumblr theme with clean and simple layout.

Pink touch is another Tumblr theme with a simple yet elegant layout among the lineup of free Tumblr themes.

Simple things displays your post in a really simple, clean and organized manner that your readers will love. It’s free and ready to download.

Another free and clean yet beautiful Tumblr theme ready to take on your Tumblog is Glacial Simplicity.

Inkhorn is a clean and simple Tumblr theme that you can use for free.

Notes is a responsive Tumblr theme, based on the idea of note paper, which support all Tumblr post types. Easily customisable, with custom colours and support for Disqus and Google Analytics. This theme also adapts to your desktop, iPad and iPhone, serving the same design to all your visitors.

Dustin Betonio is a Translation Management graduate at University of Mindanao. His earlier career was devoted on customer service outside the information highway. Currently studying Law in the same University.

Does anyone know how to reduce the number of images in the row from 4 to 3 in the six caps theme??

beautiful! too bad they aren’t free 🙁