Mac OS is a series of graphical user interface-based operating systems developed by Apple Inc. for their Macintosh line of computer systems.

The Macintosh user experience is credited with popularizing the graphical user interface. The original form of what Apple would later name the “Mac OS” was the integral and unnamed system software first introduced in 1984 with the original Macintosh, usually referred to simply as the System software.

When it comes to the world of Mac, free-ware is not common at all. For web designers and developers which require many applications (like an IDE, image editor, FTP and DB manager, etc.) to get their job done, all these applications can sum up to a serious cost. In this post, I have collected a list of really useful free Mac applications for web designers and developers. [exec]$filestr = file_get_contents(‘https://www.tripwiremagazine.com/googleadsensebelowmoretag.inc’);echo $filestr;[/exec] 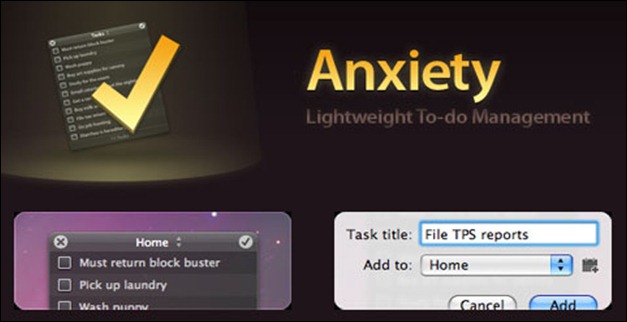 Anxiety is a super-lightweight To-do list application for Mac OS X Leopard that synchronizes with iCal and Mail. Its aim is to provide a streamlined, easily accessible interface to add and check off your tasks, while remaining poised to melt into the background at a moments notice. 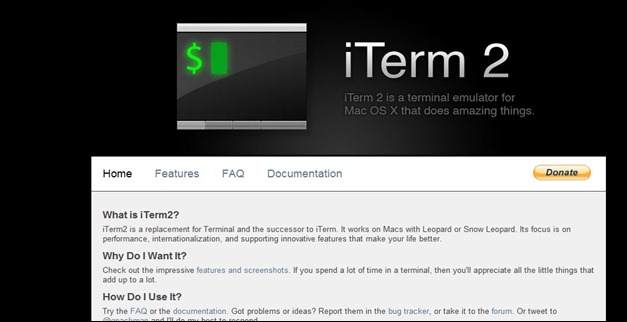 iTerm2 is a replacement for Terminal and the successor to iTerm. It works on Macs with Leopard or Snow Leopard. Its focus is on performance, internationalization, and supporting innovative features that make your life better.

Compiled Flash files (.SWF) are normally locked and resources used inside can not be reached however this application is for extracting images, sounds, videos, etc… from any .SWF file 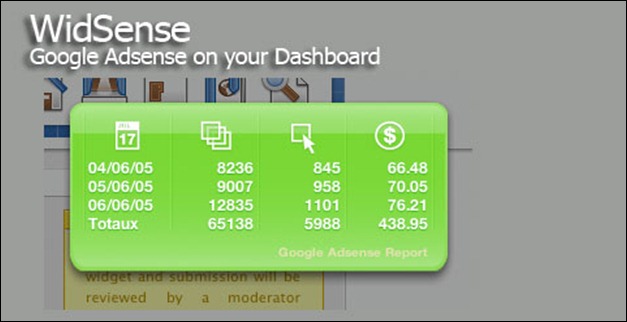 Widsense is a small widget to be used with the Dashboard provided by Apple in Mac os X.4. This widget connects automatically to your Adsense account and gets the last update of your CSV file. Then, Widsense displays some statistics about the impressions, clicks and revenues for the current day, the 2 previous days and the current month. You can save your login and password, so that you do not need to mention it each time you launch the Dashboard. 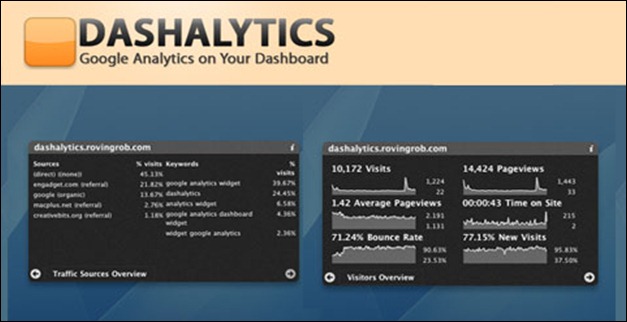 Dashalytics is a free Dashboard Widget for your Apple Mac that offers quick access to Google Analytics statistics. 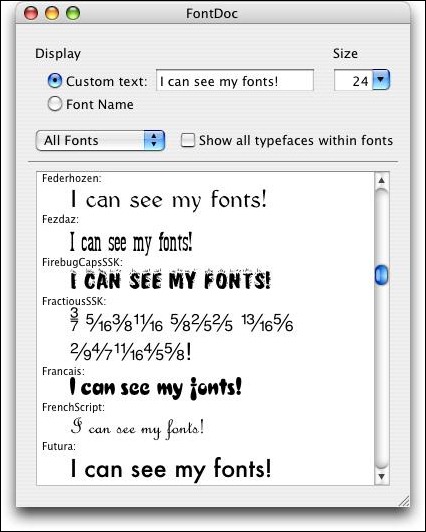 A simple but very useful application for browsing the fonts installed.It can display all fonts with a custom text in any size and a must-have for anyone with a huge font collection. 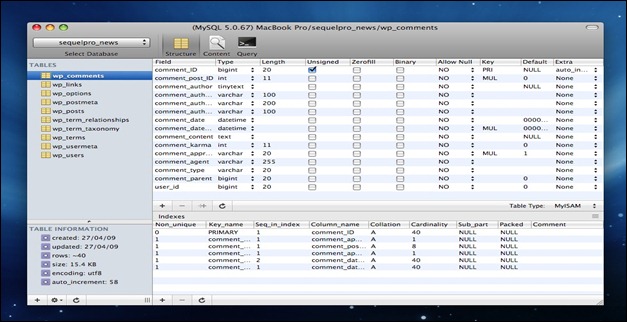 A complete MySQL database manager that can connect to any number of databases and has features like:

VirtualBox is a powerful x86 and AMD64/Intel64 virtualization product for enterprise as well as home use. Not only is VirtualBox an extremely feature rich, high performance product for enterprise customers, it is also the only professional solution that is freely available as Open Source Software under the terms of the GNU General Public License (GPL) version 2. 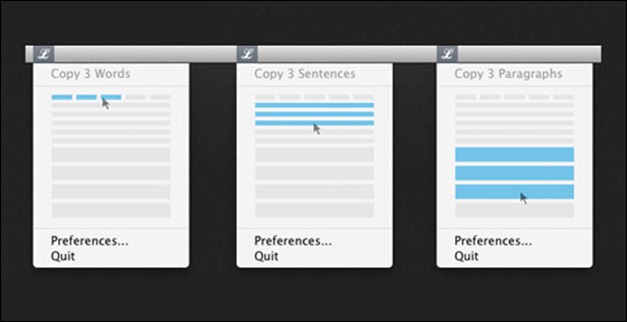 A lorem ipsum generator which can create words, sentences or paragraphs and sits in the menu bar for quick access. 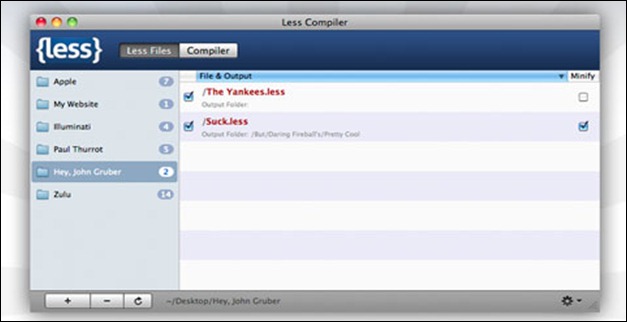 {Less} extends CSS with variables, nested rules, operators and more. If you’re still building websites without it. This app makes it dead simple to use {Less} by automatically compiling *.less files into standard CSS.

Another editor for programmers with integrated SFTP and powerful keyboard management.

Pencil is an animation/drawing software for Mac OS X, Windows, and Linux. It lets you create traditional hand-drawn animation (cartoon) using both bitmap and vector graphics. Pencil is free and open source.

Inkscape is an open source vector graphics editor which works in all major platforms and offers the features of a high-quality vector drawing application.With a slick interface, the software supports lots of advanced SVG features (markers, clones, alpha blending, etc.) and editing nodes or performing complex path operations can be simply handled.

With layers, powerful tools, inspectors and workspace, DrawBerry is a complete and easy-to-use drawing solution. Moreover, CoreImage filters, based on a great Apple technology, offer you new ways to improve your drawing, extending the possibilities to the infinite.Some great exclusive features, like the magnifying glass or the undo history, will help you to draw more and more accurately. 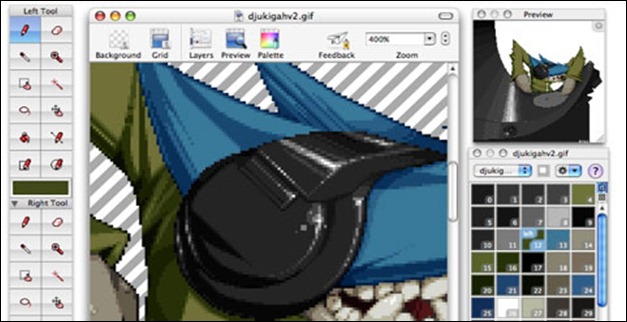 A Mac OS X pixel editor that has a Photoshop-like interface and pretty lightweight.It has real time tiled editing and powerful palette control. Also, different tools can be assigned to left and right mouse control for a faster usage. 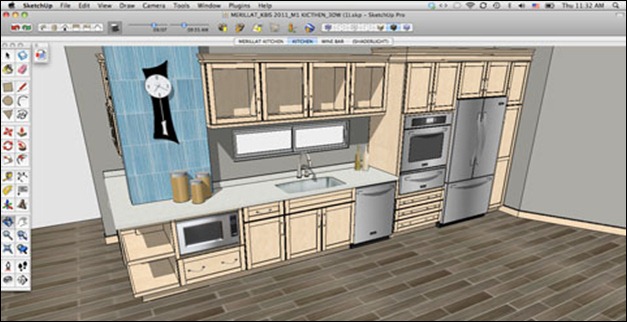 An easy-to-use and powerful 3D modeling program built by Google.It is possible to create anything from simple drawings to advanced ones and it comes with a 3D Warehouse that includes lots of free models. 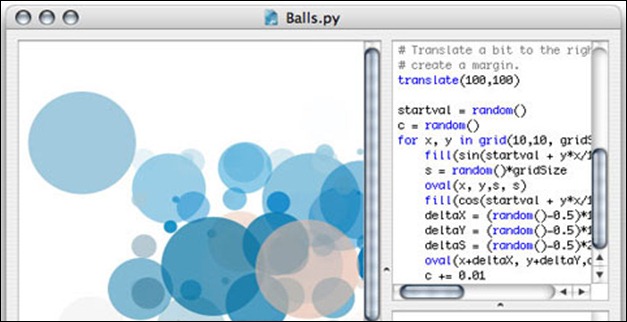 NodeBox is a Mac OS X application that lets you create 2D visuals (static, animated or interactive) using Python programming code and export them as a PDF or a QuickTime movie. NodeBox is free and well-documented. 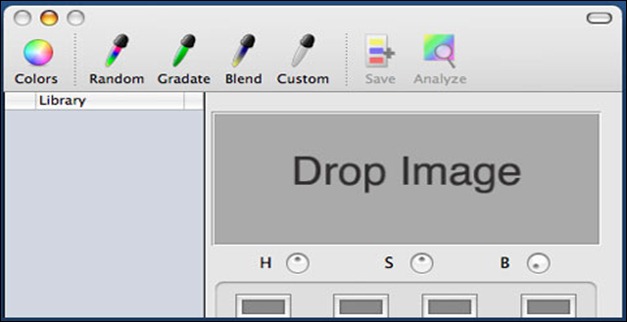 Colorate is a utility for creation of harmonized color palettes and color schemes, aimed from hobbyist to professional designers. 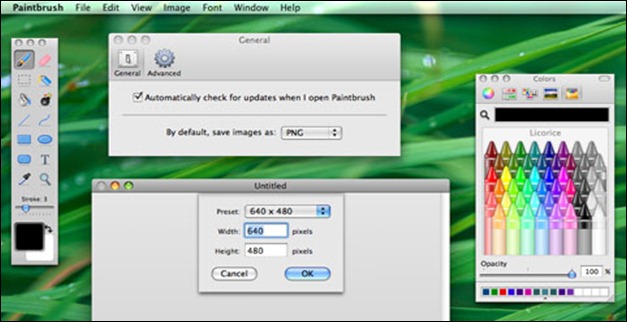 Paintbrush is a simple paint program for Mac OS X, reminiscent of Microsoft Paint and Apple’s own now-defunct MacPaint. It provides users with a means to make simple images quickly, something that has been noticeably absent from the Mac for years.

Seashore is an open source image editor for Mac OS X’s Cocoa framework. It features gradients, textures and anti-aliasing for both text and brush strokes. It supports multiple layers and alpha channel editing. It is based around the GIMP’s technology and uses the same native file format.

An open source application which enable us to manage files in almost any remote locations including FTP, SFTP, WebDAV, Cloud Files, Amazon S3, Windows Azure and even Google Docs. 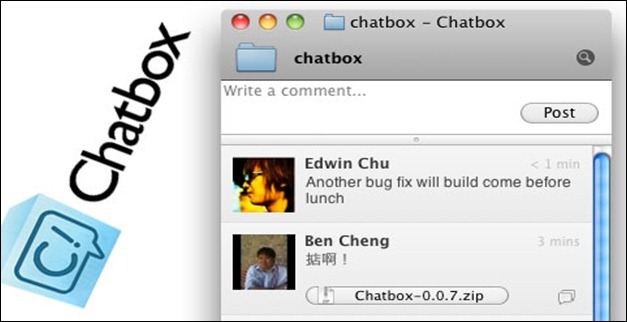 Chatbox is a free app for the popular file storage/sharing solution Dropbox for commenting and/or discussing about files.

One of the most popular free FTP applications around which supports FTP, FTP over SSL/TLS (FTPS) and SFTP. 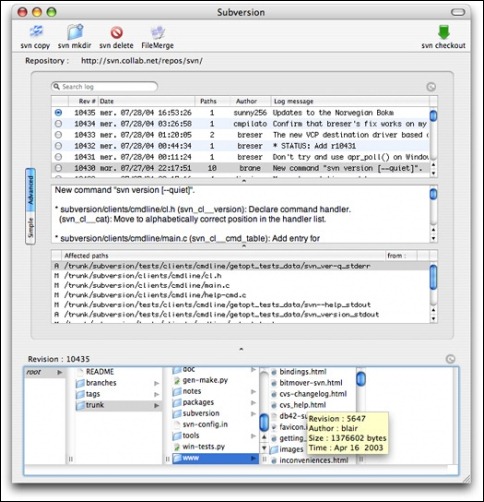 An open source interface for SVN for browsing working copies, browsing logs and revisions of the repositories.It supports all major SVN commands, drag ‘n’ drop between repository browser and Finder is possible and integrates with FileMerge.

OneButton FTP is a graphical FTP client for Mac OS X with a strong emphasis on simplicity, drag and drop usability, and file queuing. It allows you to easily transfer files to and from remote servers, such as the ones hosting your website, simply by dragging files to and from your computer.

Komodo Edit is a fast, smart, free and open-source code editor. Switching your trusty code editor is hard, but give Komodo Edit (or its big brother Komodo IDE) a try: it’ll be worth your while.

Similar to Aptana Studio, RadRails is also a great code editor that is open source. With only one difference, it is focused on Ruby on Rails applications.It includes support for project navigation, smart code assistance, visual debugging and structure outlining. 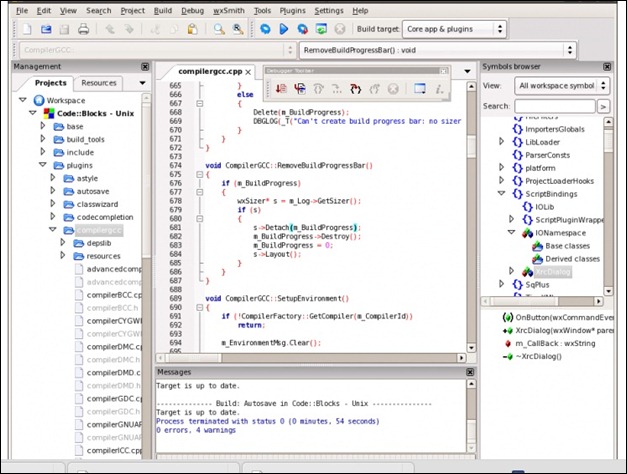 Code::Blocks is a free C++ IDE built to meet the most demanding needs of its users. It is designed to be very extensible and fully configurable.

Cascading Style Sheets (CSS) is a good way to specify the styles of fonts and other page elements on your sites. It makes it easier for you to update styles too, because when done right, you only need to make a single change to update the styles on multiple pages and elements.

WebScripter IDE is for the web programer who demands a compact GUI and powerful editor which brings together all the elements of the trade into a single interface. Designed with the principal in mind: “everything you need, needs to be where you need it” WebScripter will help give you a place to work where you’re productive and comfortable because you’re surrounded by the tools you need to get the job done. 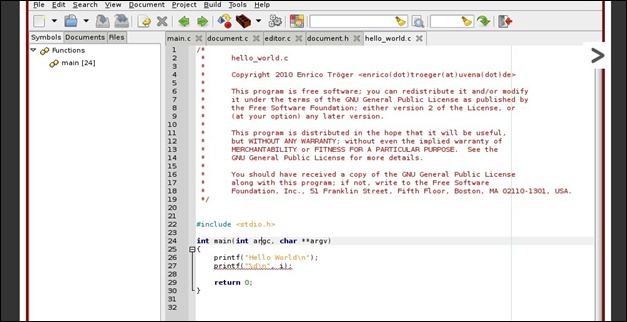 Geany is a text editor using the GTK2 toolkit with basic features of an integrated development environment. It was developed to provide a small and fast IDE, which has only a few dependencies from other packages. It supports many filetypes and has some nice features.

Kod is a text editor built for programmers with syntax highlighting, tabbed windows and an integrated scripting environment based on Node.js.The styling of the editor can be completely customized with CSS3. 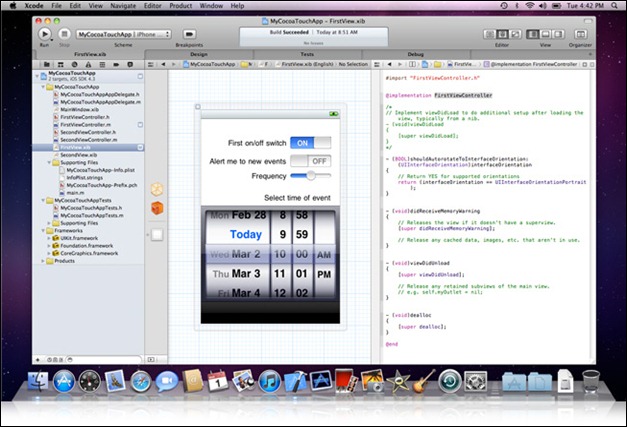 Xcode is the complete toolset for building Mac OS X and iOS applications — and with Xcode 4, the tools have been redesigned to be faster, easier to use, and more helpful than ever before. The Xcode IDE understands your project’s every detail, identifies mistakes in both syntax and logic, and will even fix your code for you. Quite simply, Xcode 4 will help you write better code. 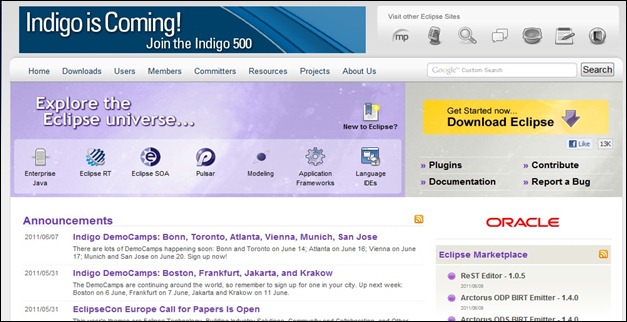 Eclipse is a free, state-of-the-art Java development environment (there are also JS, PHP and C/C++ versions).It has a very active community and many open source plugins + developer tools built around the ecosystem. 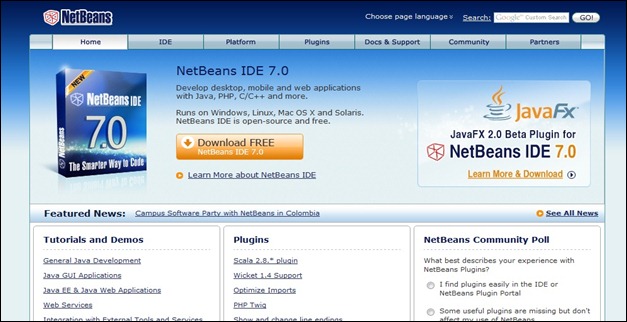 It consists of an open-source IDE and an application platform that enable developers to rapidly create web, enterprise, desktop, and mobile applications. Java is the main platform and it also supports JavaFX, PHP, JavaScriptx, Ruby +Ruby on Rails, Groovy and Grails and C/C++.

GitX is a git GUI made for Mac OS X. It currently features a history viewer much like gitk and a commit GUI like git gui. But then in silky smooth OS X style! 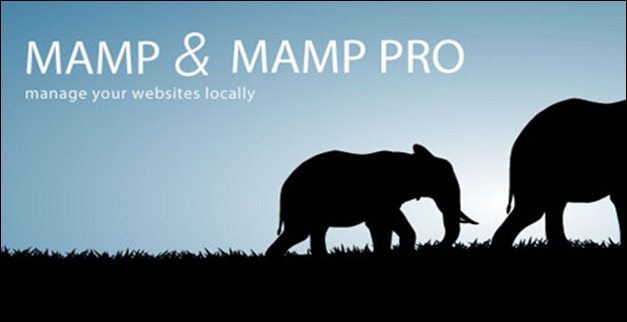 The abbreviation “MAMP” stands for: Macintosh, Apache, Mysql and PHP. With just a few mouse-clicks, you can install Apache, PHP and MySQL for Mac OS X. MAMP installs a local server environment in a matter of seconds on your Mac OS X computer, be it PowerBook or iMac. Like similar packages from the Windows- and Linux-world, MAMP comes free of charge.
MAMP is installed in the typical Mac fashion: very easily. MAMP will not compromise any existing Apache installation already running with your OS X. You can install Apache, PHP and MySQL without starting a script or having to change any configuration files. 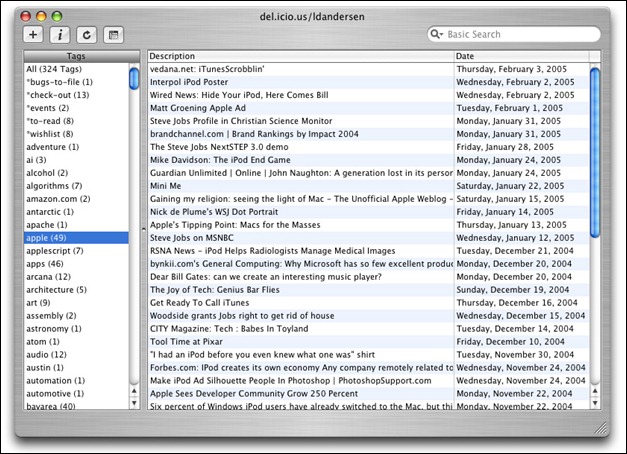 Cocoalicious is a del.icio.us client for Mac OS X. It acts as a desktop interface to your del.icio.us bookmarks

Cocoalicious is open source, available under the terms of the BSD License. If happen to have an iPod (and who doesn’t these days?) and you’d like to support Cocoalicious development, you might consider purchasing an $8 license for PodWorks, my iPod song transfer application. Or, if you have an iPhone and use Twitter, you might check out Birdfeed, my iPhone Twitter client.

MochaCode is a Mac-exclusive Java IDE that earns its place on your dock by providing a distinctly “Mac” user experience. Text editors, keyboard shortcuts, toolbars, and more, all behave exactly as you’ve come to expect from a Mac application.

Dustin Betonio is a Translation Management graduate at University of Mindanao. His earlier career was devoted on customer service outside the information highway. Currently studying Law in the same University.

Great resource, some of them I currently use, but there are some in there I did not know about, will be giving them a go, thanks 🙂

Then there’s Smultron. Clean text editor with coders in mind. Reborn 🙂
http://www.peterborgapps.com/smultron/ not so free anymore.